Merlin, the most famous character in Arthurian legends, has been called a magician, a prophet, an enchanter and even a simple advisor to King Arthur. Whatever his role, it's hard not to imagine that a man as lucid and wise as Merlin would not have an old grimoire in his possession! That's just fine, Play'n Go is determined to let you discover what lies between the pages of Merlin's GrimoireTM, the name given to its new video slot released on July 07, 2022. 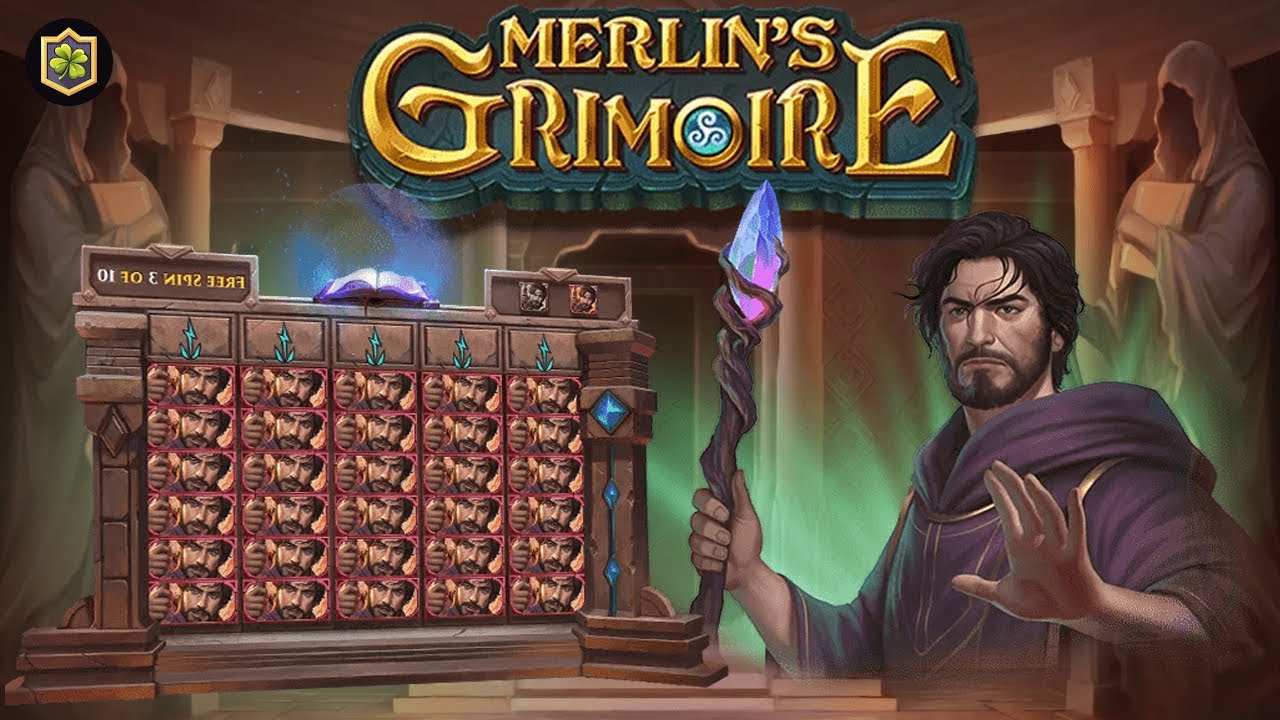 Merlin's GrimoireTM from Play'n Go: the famous magician has so much to learn

Already available at all online casinos bearing the Play'n Go logo, Merlin's GrimoireTM is a video slot machine stamped "Arthurian Legend Series". Indeed, this one is to be ranked alongside 15 Crystal Roses: A Tale of LoveTM, The Sword and the GrailTM, Rise of MerlinTM, Lord Merlin and the Lady of the LakeTM or Merlin and the Ice Queen MorganaTM, in short, all the other titles from the publisher dealing with the medieval Arthurian cycle. All this can be played in the Online Casino in India.

In Merlin's GrimoireTM, we follow the wanderings of Merlin - then a young wizard - who is in search of an old grimoire containing strange powers. Merlin goes deep into an enchanted forest and will have to use his best spells to find the location where the book is hidden.

Graphically sumptuous, Merlin's GrimoireTM is a video slot like Play'n Go knows how to make. An introductory cinematic immerses us in the atmosphere from the very first seconds, and once in front of the slot's reels, it is a real sense of wonder that overcomes us. The animations, special effects and sound effects are simply excellent. As for Merlin's lines, which are intermittent, they blend perfectly with the epic music composed by the musicians of Play'n Go.

Merlin's GrimoireTM is a slot machine that hides many mysteries, much more than just the grimoire that so preoccupies our young magician! Indeed, for example, the 5 reels and 3 paylines of the base game can literally expand to accommodate a total of 7,776 paylines, the opportunity for the player to hit 30,000 times his total bet!

Accepting bets ranging from €0.10 to €100 per Spin, Merlin's GrimoireTM moreover uses a special two-in-one symbol (which acts as a Wild but also a Scatter). This means that when represented in sufficient numbers, the latter can not only trigger 10 consecutive Free Spins during the game, but also turn any random icon into an "Expanding Wild".

After that, Merlin's spells, summonses and elemental powers take care of the rest, which promise the player an incredible amount of fun at Play'n Go Online Casinos!